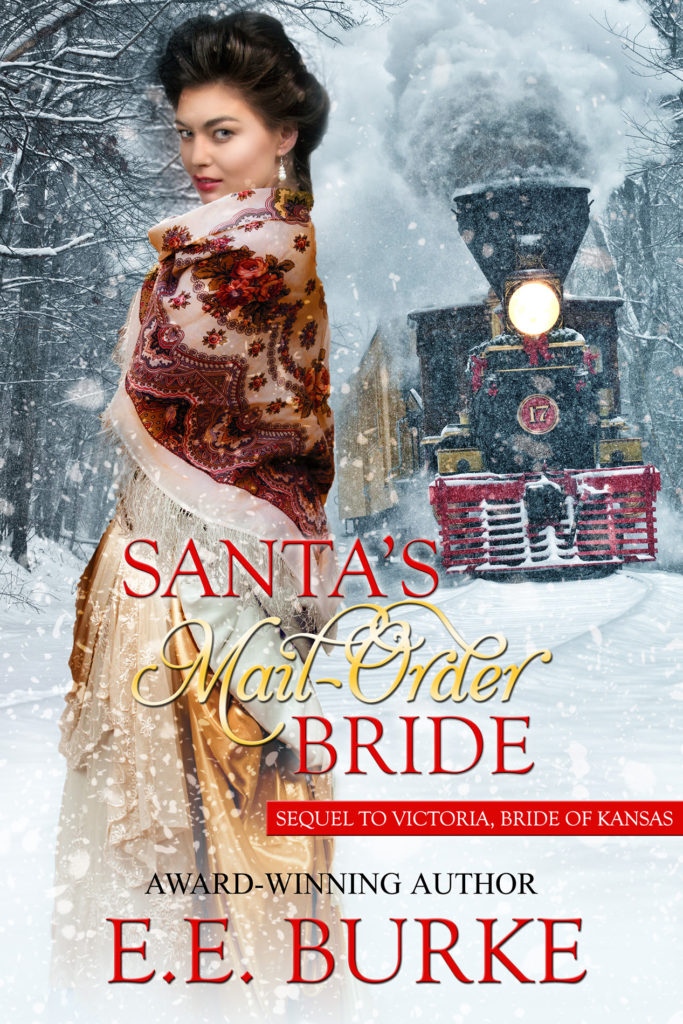 Maggie has an unexpected suitor…in a red suit!

A schoolteacher asks her brother’s rival for help gathering gifts for orphans. Little does she know where a sleigh ride with the local Santa may lead…

On sale for the holidays, only 99 cents!

Santa’s Mail-Order Bride incorporates America’s Christmas traditions and the beloved character of Santa Claus. Our version of Santa may appear contemporary, but the venerable old gift-giver has a long history.

Santa started with a real person. Saint Nicholas, born in the 3rd century in a village in present-day Turkey, is said to have spent his inheritance to help the needy, and he had a special love for children. It’s from his generous nature we get a gift-giving Santa.

Fast forward to 18th century America where immigrants from Holland brought with them the tradition of Sinterklaas, which became “Santa Claus.” Woodcuts distributed in 1804 show familiar images of an old man in a long robe and long white beard filling colonial stockings with fruit and toys. 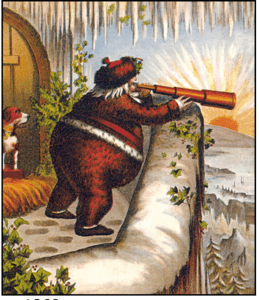 In 1823, an anonymous poem (later acknowledged to have been penned by Clement Clarke Moore, an Episcopal minister), brought the legend forward another step. Entitled “An Account of a Visit from St. Nicholas” or “The Night Before Christmas.” Moore’s poem is largely responsible for the image of Santa Claus as a “right jolly old elf” with a portly figure and the supernatural ability to ascend a chimney with a mere nod of his head. This is also where we pick up flying reindeer and Santa’s sleigh. 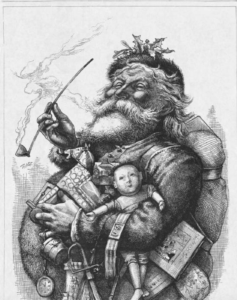 We have American artist Thomas Nast to thank for the legends we have today surrounding Santa Claus. From 1863 through 1886, Nast contributed 33 Christmas drawings to Harper’s Weekly with references to Santa. Here is the most familiar Santa “portrait” he did in 1881. It is Nast who gave Santa his familiar red suit, his North Pole workshop, elves and his wife, Mrs. Claus.

America’s Victorians were very familiar with Santa and his legend. Department store Santa’s popped up at the end of the 19th century and early 20th century. Santa’s on parade became a popular theme in towns and cities. But Santa’s reputation reached far back in history, and at the heart of his character, we find love and generosity and a special kind of magic that makes the world a better place.

Don’t miss this special sale on SANTA’S MAIL-ORDER BRIDE. This week only!

On sale for the holidays, only 99 cents!